The net cash position is actually 3.8m better than expected for 1Q2014.

The selling price of 51 shares of Slovanet a. s. has amounted to 11m. Asseco Central Europe shall receive payment in cash in three instalments within three months from the date of the transaction.
At 30.06.2014 there were 10m receivables, which are lower now and have been added to cash in the following table:


As you can see the performance from continued operations deteriorated in H1 2014, but Q2 is already improved y-y. The restatement for 2013 excludes 0.8m Ebit and 0.3 net profit from the sold company Slovanet. 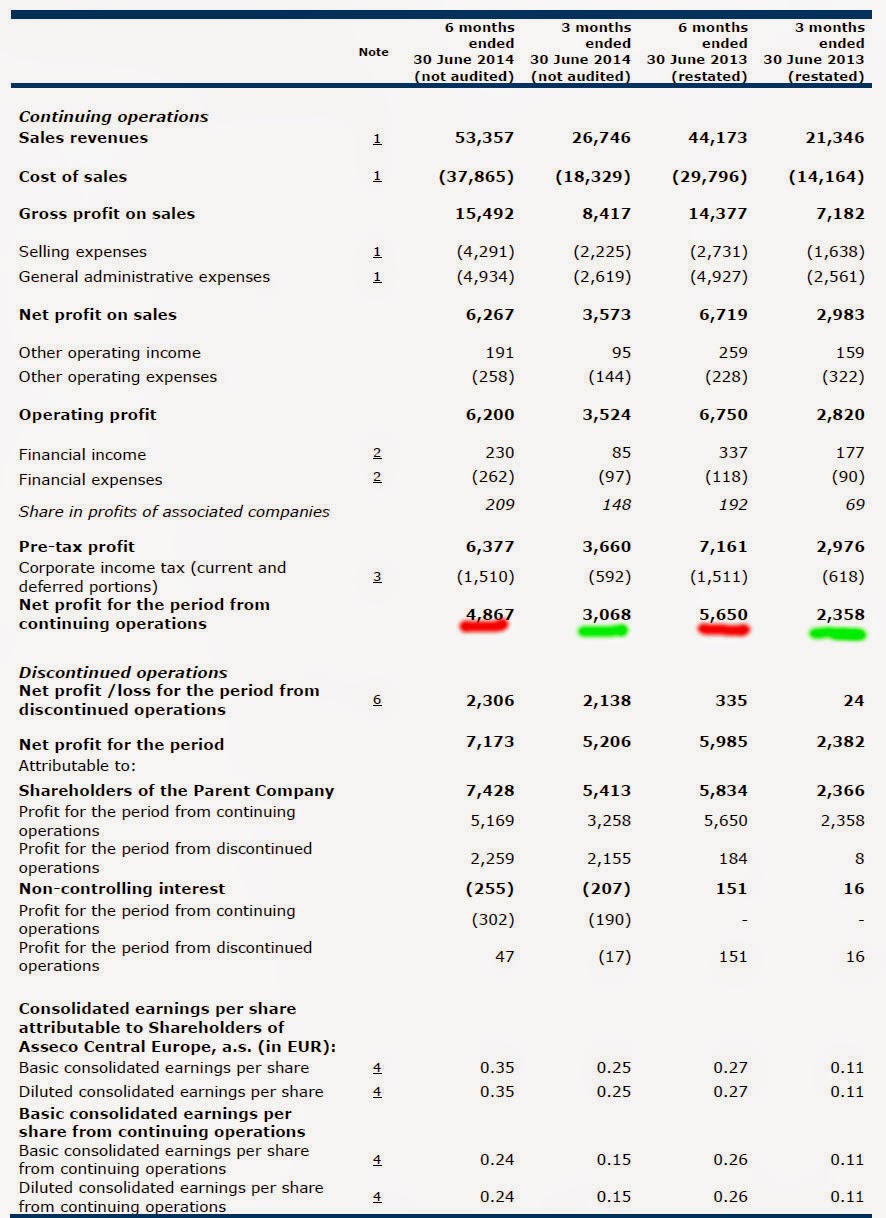 Additionally Asseco Solution's integration may bring some benefits in the future:
"Aim of the transaction is to utilize the synergic effects of combining the forces in ERP business. Cross-border collaboration – particularly in implementing new trends – can shorten development cycles and allow innovative concepts to be turned into reality more quickly. Moreover, it creates a solid foundation for preparing and making strategic acquisitions in the future."
Eingestellt von Martin